For a long time I couldn’t find out anything more about him, until I went through the 1939 Register (a census of the UK) looking at every Robert Barnes born around the turn of the century to see if I could find one who was an artist or musician. There was one obvious candidate, a “Professional Artist and Art Teacher” living in Croydon [1939 Census for 11 Bridgeford Road]. I started finding out more about him, and though he looked more and more likely, I wasn’t sure I’d ever be able to definitely link him to Lindsay. But it was through Lindsay’s sister that I finally made that link, as she gives Robert Barnes’s (and his mother’s) address as her last UK address before departing on a boat-trip to Madeira [The Arundel Castle, departing Southampton Dec. 2, 1932], where her and David’s cousin had married a hotelier. (On her next trip, the following year, she gives David Lindsay’s address in Ferring, and travels with David’s wife Jacqueline.)

This, then, is what I’ve been able to find out about David Lindsay’s painter friend.

He was born Robert Henry Barnes on 15th July, 1899 [1939 Census for 11 Bridgeford Road], in Kennington [1901 Census for Newlands, Foyle Road, Greenwich], a South London district of the Borough of Lambeth. His father, Henry William Barnes (born 1870) was an “engineer, turner” [1891 Census for 28 Kennington Park Road, Lambeth, London], i.e. a lathe-machinist, at the Royal Arsenal in Woolwich [See the 1911 Census for Thomas Philip Cadman, 26 Kennington Park Road]. Henry seems to have met his wife, Florence Mary Loadder (born 1869) whilst lodging at her family’s house on Kennington Park Road as a young man. (That’s where he is for the census in 1891. The other lodger in the Loadder house at the time, Thomas Philip Cadman, is another worker at the Royal Arsenal, and would also marry one of the Loadder girls, becoming Henry’s brother-in-law.) 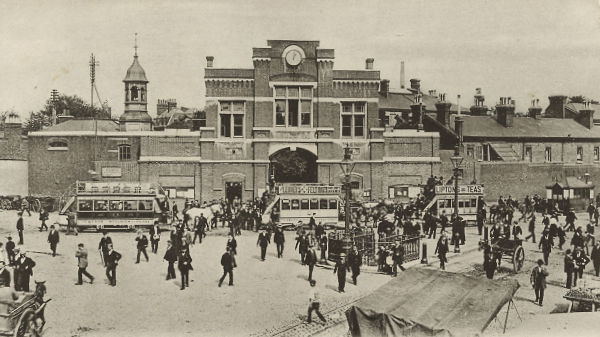 Entrance to the Royal Arsenal, Woolwich.

Henry and Florence married in 1894. Their first child, Stanley William Barnes, was born in 1898. Some time after Robert’s birth in 1899, they moved further east (closer to Henry’s workplace), to Foyle Road in Greenwich. The next census (1911) sees them living in Humber Road, Blackheath, which is actually just around the corner from Foyle Road. Blackheath is where David Lindsay was born, and throughout this decade the Barnes family are living in the same area as the Lindsays. (After Humber Road, they move to 113 High Road, Lee [See Stanley William Barnes's 1917 Army Records, Enrolment Paper], now known as the Lee High Road, and part of Lewisham, where Lindsay lived. See the map, where I’ve included the Lindsay household among the addresses I have for the Barnes family around this time.)

There’s a newspaper report of a Henry Barnes of the Woolwich Royal Arsenal being permanently injured whilst working, and as a result being given weekly compensation, in 1908 [Reported in The Middlesex Gazette, Oct 5 1912, p. 5]. In 1912 he went to court to have this compensation increased in line with the Worker’s Compensation Act, but loses the case. I can’t be sure this is the same Henry Barnes, as the Royal Arsenal employed a lot of people. (During the First World War, when its workforce increased significantly, it employed around 79,000 civilians. [See the video at Royal Arsenal History, about the 50 minute point.]) Either way, in the 1911 census, Henry is no longer an iron-turner, but an engineer foreman.

In 1915, the world now being at war, Robert’s brother Stanley, then working as a laboratory assistant, is assessed for his fitness to join the Royal Flying Corps. The odd thing is, though he seems to have passed the medical examinations and been approved, the approval is crossed out in red by an army major, who has underlined the point by putting “not” and “do not” above the words “approve” and “appoint” on the form. So Stanley was discharged, “not being likely to become an efficient soldier” — for the time being, at least. [Royal Flying Corps Attestation documents for Stanley William Barnes, 1917]

The following year, Robert and Stanley’s father Henry dies, at the age of 46. [1916 Probate Index, for Henry William Barnes, p. 126] I don’t know what the reason for his death is, but where he died is perhaps significant — he was at what was then known as Cane Hill Asylum, a psychiatric hospital later called Cane Hill Hospital, and known for housing, among others, Charlie Chaplin’s mother, Michael Caine’s brother, and David Bowie’s half-brother (the building itself appears on the US cover of The Man Who Sold the World). The hospital, opened in 1882, was closed in 1991. The building became celebrated as a spooky abandoned site for “urban explorers” to visit (see for, instance, this article), until demolition and fire destroyed it by 2010.

In 1917, Stanley was again assessed for fitness in the army, and this time was approved. He became part of the Royal Engineers, and was assigned to “N” Special Company. [Record of Service Army documents for Stanley William Barnes, 1917] The Special Companies were formed in reaction to the German use of poisoned gas. Although this use led to exclamations of horror in the media at the time, the British Army was quick to decide it had to respond in kind. Stanley, previously a laboratory assistant and now a chemist, was ideal for this role. (The Special Companies didn’t do the work of developing chemical weapons, but were trained in deploying them, through the use of smoke candles and “projectors” that launched gas canisters at the enemy. See The Special Companies of the Royal Engineers for more.)

Stanley’s army records are quite lengthy, and prove he wasn’t entirely (as that major in 1915 had perhaps realised) the army’s idea of an “efficient soldier”. He’s penalised three times for not obeying orders. The first is when he goes AWOL for 46 hours and 20 minutes, for which he receives 14 days’ field punishment. Another time, he gets 7 days’ confinement to barracks for “not complying with an order given by a superior officer”. Yet another, he displays “conduct to the prejudice of good order and military discipline, viz: obtaining double rations”. He’s fined 7 days’ pay, plus spends 7 days confined to camp. Stanley was obviously not the sort to simply do as he was told, World War or no, and the attempt to get double rations, at least, makes him seem like something of a cheeky lad. 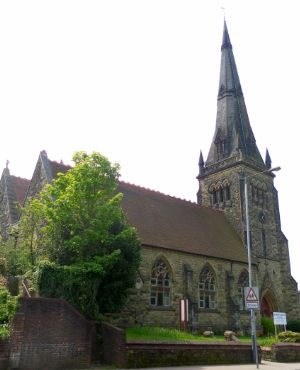 Although I can’t find a specific record of Robert’s conscription into the army (which would have happened on his turning 18, in 1917), there’s an interesting record which at least implies it. On 11th September 1918, at the age of 19, he was baptised at St Peter’s in Tunbridge Wells. The ceremony was performed by the Reverend Charles Kenneth Woollcombe, who had been made a temporary Chaplain to the Forces in May that year. [The London Gazette, supplements August 1914–January 1920] (This is the only baptism he performs in the register where Robert’s is recorded, making it fairly certain Robert was in the army at the time.) There was at least one army camp in or near Tunbridge Wells, at Bayhall (where the Rev. Woollcombe is noted as giving a speech on 30th June, in the Kent & Sussex Courier [Kent & Sussex Courier, July 5 1918, p. 5]). It’s significant that Robert had turned 19 only a few months before, as soldiers were not sent overseas and into action before the age of 19. Now he was of an age to enter the Great War, it’s easy to see him taking what spiritual solace he can beforehand...

But, two months later, the Great War ended. Robert may have never got outside the country. Sadly, though, the same was not true for his brother. The 11th of November marked the end of hostilities, but death on such a scale has a momentum of its own. Stanley came down with bronchial pneumonia “due to exposure whilst on military duty”. He was hospitalised, and died ten days after the ceasefire. He’s buried at Étaples Military Cemetery in France, “A dear son loved & honoured by his mother for his great devotion to her”. [See his Commonwealth War Graves Commission page.]

In 1919, with the war over, Robert’s mother Florence remarried. Her husband, Herbert James Score Allen, 66 years old to Florence’s 50, was already twice widowed by this time, and had several grown children. He had worked as an auctioneer’s clerk, auctioneer’s manager, and auctioneer surveyor — all terms linked with what we’d now call estate agency in the UK, though by this point he might have been retired. 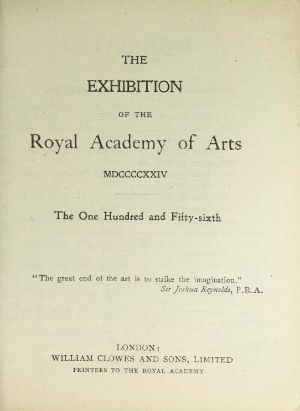 A good few of these are mythological subjects. “Saint Joan” may have been suggested by Shaw’s play of the same name, which premiered three years prior. “Rima”, from 1933, has an interesting title, as it’s the name of the main character of W H Hudson’s 1904 novel, Green Mansions, which David Lindsay also admired [Bernard Sellin, The Life & Works of David Lindsay, p. 60]. “Ballet Fantasy”, from 1935, was mentioned in a couple of newspaper reviews of the exhibition, so although I can’t find a picture of it (or of any of Barnes’s work, sadly), we do at least have a description of this one. According to The Stage, it was of “a nude figure, dancing with carefully pointed toes, in purple-blue light among mysterious pillars” [The Stage, May 9, 1935, p. 11, "Royal Academy. Stage Pictures."]; The West Sussex Gazette says this painting demonstrates Barnes’s “control of tone and decorative imagination.” [West Sussex Gazette, May 16, 1935, p. 6]

The Exhibition catalogues give addresses for the artists. In 1926, Barnes is still at Lee High Road, but in 1933 he’s at The Crest, Mapledale Avenue, East Croydon. This is the address Margaret Lindsay gives when she travels to Madeira in 1932, and it’s also the address given when Barnes’s stepfather dies in June 1933 [Probate Index for 1932, p. 44].

Barnes seems to have taught life-drawing, modelling, and painting at the Sutton and Cheam School of Art and Craft from 1934 to 1940. [Art Biogs for Robert Henry Barnes. This gives his death date as 1979, but as it's unlikely there were two Robert Henry Barnes, both artists, both working as art teachers in Croydon in the 1930s, I take this to refer to our Robert Henry Barnes.] This school (whose name has changed throughout the years) was at the Throwley Road, less than a mile from where Barnes was living, as recorded in the 1939 Register, on the Bridgeford Road. By this point he had married the 21-year-old Joy D H Shead (the marriage taking place in 1938) [England & Wales Marriages, 1837–2005, 3rd quarter of 1938. This gives her name as "Ivy D Shead", but the 1939 Register has "Joy", not "Ivy", and is more likely to be right]. The couple had two sons, Robin (in 1940) and Jason (in 1942).

It’s from this point I’m not sure what happens. Obviously the Second World War has begun, and Robert would have been eligible to serve. Apparently he spent some time in Japan. He’s obviously in the UK in 1953, when he shows his painting “Jean”. At that point, he’s living in Bridgnorth in Shropshire, which is also where his mother dies in 1962, leaving her effects to “Robert Henry Barnes, draughtsman” [Probate Index for 1962, p. 103]. In the early 1980s, he lived at least for a time in the Essex village of Little Maplestead [This address given in his will, written in 1983]. He died, not in 1988 as J B Pick says, but on his 90th birthday, in 1989, in Hinchingbrooke Hospital, Huntingdon [Probate record and will of Robert Henry Barnes. The will says he's an artist, and was drawn up by a solicitor in Bridgnorth, so it's most likely the same man].

I’ll update this article if I learn more — and most of all, I’d like to be able to include some images of his art, if I ever find any. But hopefully this provides a bit more character to the man who was one of David Lindsay’s closer friends throughout the 1920s and 1930s.

To see this page without source references, click here.